In brief, this game is a Hardcore Roguelike in first person with a voxel graphics. And whats important – one third of the game is already done which is of course a good news. Another good news is that the game has a bunch of unique features:

Random generation of levels, rooms, objects and everything else.
Voxel graphics and the dark dungeon atmosphere.
Several branches of character «leveling up».
Unique combat system.
Crossbows in each hand – cool!
A lot of enemies and items.
Deadly traps - watch your steps!
Character damage systems: burns, bleedings, fractures – you're in trouble!
Many hidden secrets.
Barter system - in a dark damp dungeon nobody needs your shiny coins.
HardCore.
Mushrooms!

Now, when we are out of good news, we can talk about everything else.

Random level generation is not optimized yet, but we have a plan to speed up its loading time and improve it. On the other hand it looks natural and we were able to avoid unnecessary empty corridors meaning that rooms are connected realistically.

Though the game has a voxel graphics with this its "voxel special" characteristics end, there is no destructions and minimalism which are typical to this style, moreover it does not affect the optimization of the game in a good way, but rather on the contrary, as the engine and render method chosen by us due to inexperience negatively affected optimization. Nevertheless it turned out unusual or ,at least, it works.

Many of the character's skills may be unbalanced and we plan to increase the number of «levels up» to approximately 15. But at least tried to make abilities different, and even all passive skills have distinguishable effects.

The battle system is really unique. Each attack should be accurate and charged but we're not sure how good this decision actually is.

Of course you can hold crossbows in each hand but it will not work with the melee weapons. Although in this case it will be possible to choose between shield, two-handed weapon or, for example, sword and wand.

There is enough enemies and objects to fill the existing 3 floors, but in the future we will plan to increase the number by 4 times.

There is not a lot of types of traps, but they can be deactivated, so that they won't brake your bones.

We think that the system of character damage added some hardcore to the game, in some places maybe even too much, however, this is yet to be balanced.

Number of secrets, honestly is not that big, but maybe you just didn't search carefully enough.

Barter system also seemed appropriate in the realities of survival in a dungeon, there aren't many problems, except, maybe, high prices.

Hardcore is a subjective matter, we think that the game is quite hard, but maybe you are that good that you will not find it challenging - good luck.

Be careful – mushrooms nearby!

We spend one and half year making this and our budget only consisted of teabags. We worked on this in training purposes and because we enjoyed the process. But know we're tired and planning to stop at this point.


This is a very early alpha version: https://drive.google.com/open?id=0B_J0YrCPIYspTV9JcDRNaXBNemc

If you think that project has a future, and want more, visit our steam concept page and let us now what you think.

If you think that project has a future, and want more, here's requisites. However, we do not promise to continue development because of the too big problems, mentioned earlier, there are too big for the two of us.

Good news - we released on steam! Thanks to all for support!
http://store.steampowered.com/app/575830

Steam relese!
by Chair killing · 1 post
3y
Question
by Tabbot · 1 post
3y
I would play it if not for...
by MaximumFunGaming · 5 posts
3y
mouse broken
by kirbyman · 1 post
3y
Our Let's Play!
by AreYouGaming · 3 posts
3y
Post a new topicView all posts 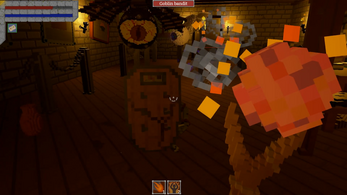 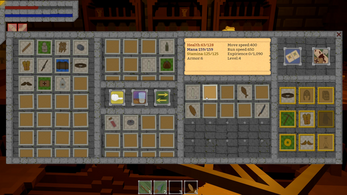 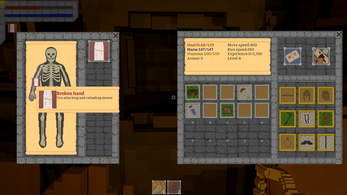 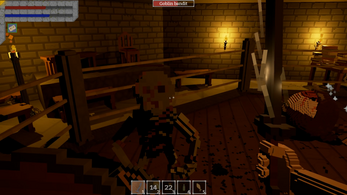 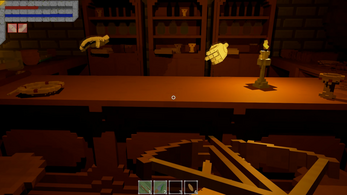